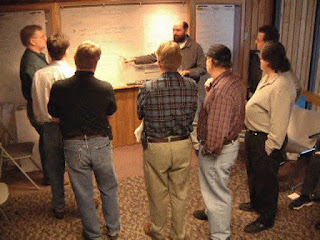 A day like today, a 12th February, 20 years ago... 17 thinkers initiate what will became a world big change: Manifesto for Agile Software Development.

The Software Industry was totally frustrated and in crisis, the success rate of Software Projects had very bad numbers.

During more than 20 years, science tried to bring a "scientific" solution to the "Software Problem".

Agility bring to the table simple strategies to deal with complexity. At the beginning, many people were skeptic,

Mike Beedle, the man behind "Agile" 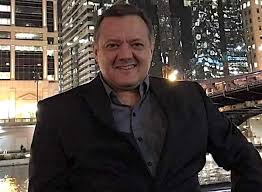 Regarding Jeff Sutherland, "Mike brought the agile name on the first day", and it refers more about "adaptability" and "light weight" meaning. Usually confused with "velocity".

The 4 main values on agility's Core 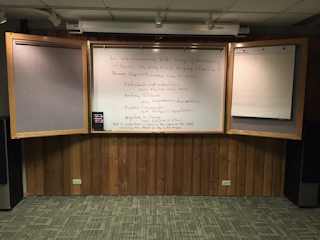 The 4 values behind manifesto, written on the hand of Martin Fowler. 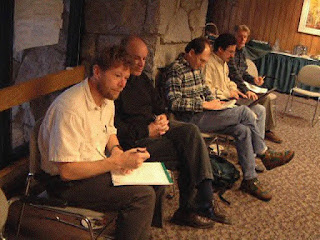 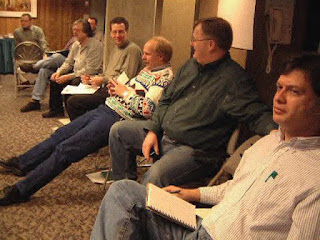 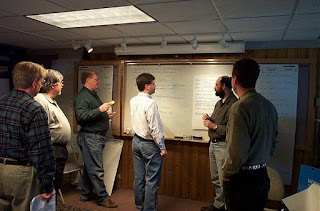 What's the balance after 20 years?

Posted by Daniel Ceillan at 9:03 PM